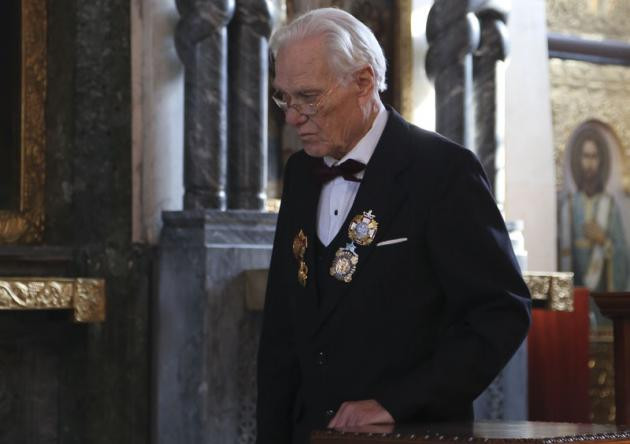 A man of astonishing fate – a composer, a choir conductor, an Honoured Artist of Ukraine, a long-time regent of Kyiv Pechersk Lavra's choir, Mykhaylo Lytvynenko, passed away.

Without overstating it, I call such people the True Ukrainians. After all, he combined wisdom, courage, faith in God, commitment to the Church and endless love for Ukraine. He was really a very bright person: despite all the hardships that fell on his fate, Mykhaylo Lytvynenko radiated kindness itself.

In 1951, he received a sentence of 25 years in camps for his views and beliefs. He was released under an amnesty after the death of Stalin. He was the regent of the choir at St Volodymyr's Cathedral in Kyiv, and after Filaret went into schism, he became the regent of the choir at the Holy Dormition Kyiv Pechersk Lavra. Many people remember Mykhaylo Lytvynenko’s move when, in sign of disagreement with Filaret’s actions aimed at splitting Orthodoxy in Ukraine, he sang “Many Years” to His Beatitude Metropolitan Volodymyr. After that, Mykhaylo Lytvynenko left St Volodymyr's Cathedral, a place 18 years of his life were associated with.

The last time he acted as precentor was in 2013, when the primates of the Orthodox Churches came to Kyiv to celebrate the 1025th anniversary of the Baptism of Rus. I often saw Mykhaylo Lytvynenko walking to Lavra – until the end of his days (and on 1 April he celebrated his 93rd year of birth). He attended all Sunday and holiday Liturgies.

Some six months ago he sang in the church choir. We talked with him many times – Mykhaylo Lytvynenko was the very embodiment of Faith, Commitment and Courage. The following words were used as the epigraph to the book that Mykhaylo Lytvynenko wrote at the end of his life: “God. Love. Ukraine”. It is this formula and this sequence that determine the worldview, the waymark of a true patriot and a true Orthodox Christian, such as Mykhaylo Lytvynenko was. Now his soul is in the Kingdom of Heaven, where he prays for us and for all of Ukraine. And these prayers will surely be heard by the Lord.