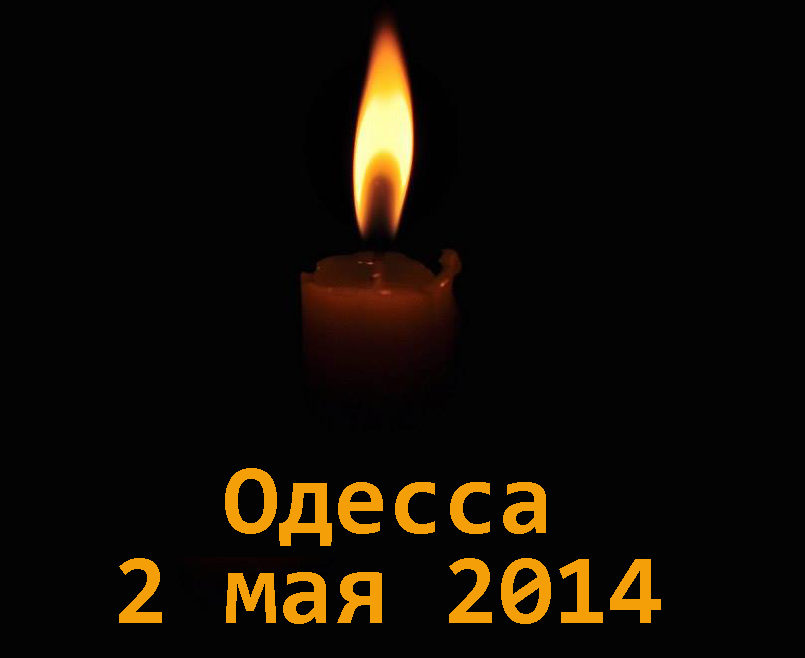 Today, on 2 May, we again observe a minute of silence to honour the memory of those who died in Odessa Trade Unions building and in clashes in Grecheskaya Street four years ago. We still do not know the entire truth about what happened on that day. We still do not know who is to blame for this tragedy and who orchestrated and ordered it.

Some thugs from among radicals propose to celebrate this day as the "Day of Victory over Odessa". I think this is an indirect indication of where to search for the perpetrators behind the events of 2 May 2014. However, all these nationalist groups are under reliable patronage and guardianship of the authorities, and crows do not pick crow's eyes, as they say...

One says that time heals. Unfortunately, it is not always so. Yet, I am sure that, for the sake of the future, we must stop dividing those who died into "insiders" and "outsiders" or “us” and “them”. It is a big tragedy of the Ukrainian people, common to everyone. Its understanding will only come with years. And it is time for us to return from the war, which is not our war, to return from the war into which we were drawn by external forces. It is time for us to start thinking about peace that inevitably comes after war, about a long and difficult journey that we all have to go through, eradicating hatred and anger in our land.

I believe that the perpetrators of the tragedy, both on 2 May 2014 and in the ongoing tragedy of 2014-2018, will be named, condemned and punished. There is no forgiveness or oblivion to such atrocities. Justice will necessarily triumph. Sooner or later.

Peace to us all and may the Lord rest the souls of those who died in that terrible tragedy.