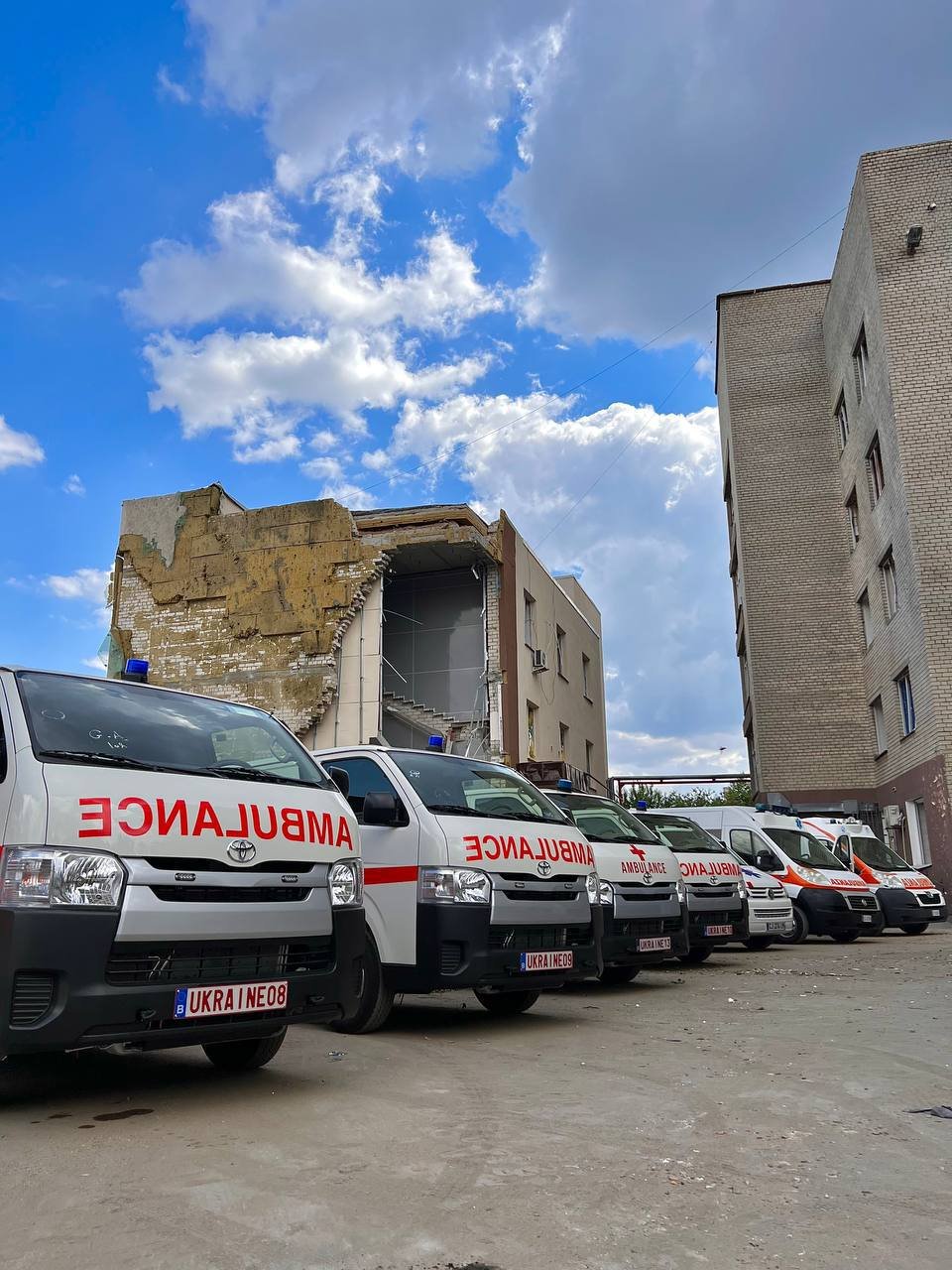 Charity
Religion
Charity
Metropolitan Pityrym of Mykolaiv and Ochakiv, on behalf of the UOC, handed over 7 ambulances to the Mykolaiv community, which were purchased in the countries of the European Union by Vadym Novynskyi Foundation.

Cars were transferred to the city of Mykolaiv, Ochakiv and Novy Bug.

This is the second batch of special medical transport, which is handed over by the UOC and the Foundation to the residents of Mykolaiv and the region. A total of 12 ambulances were transferred.

"Mykolaiv region is under daily shelling, the fleet of medical vehicles has been partially destroyed. Therefore, for us, this region is one of the priorities when planning deliveries from abroad," said Dmytro Sergeev, director of Vadym Novynskyi Charity Foundation.

Earlier, Dmytro Sergeev, Director of Novynskyi Foundation, stated that the goal of the Foundation is to deliver at least 100 cars to Ukraine. 81 cars have already been imported into the country. Dozens of machines arrived at hospitals in Mykolaiv, Zaporizhia, Kryvyi Rih, Odesa, Kremenchuk, Vinnytsia, volunteer organizations "Life Saving Center", "Dniprovets", one of the ambulances works in the Sumy region, 2 machines were transferred to Amosov National Institute of Cardiovascular Surgery for the formation of mobile brigades, one car went to Siverska hromada.

The total amount allocated by Vadym Novynskyi for humanitarian projects after February 24 has exceeded UAH 700 million.