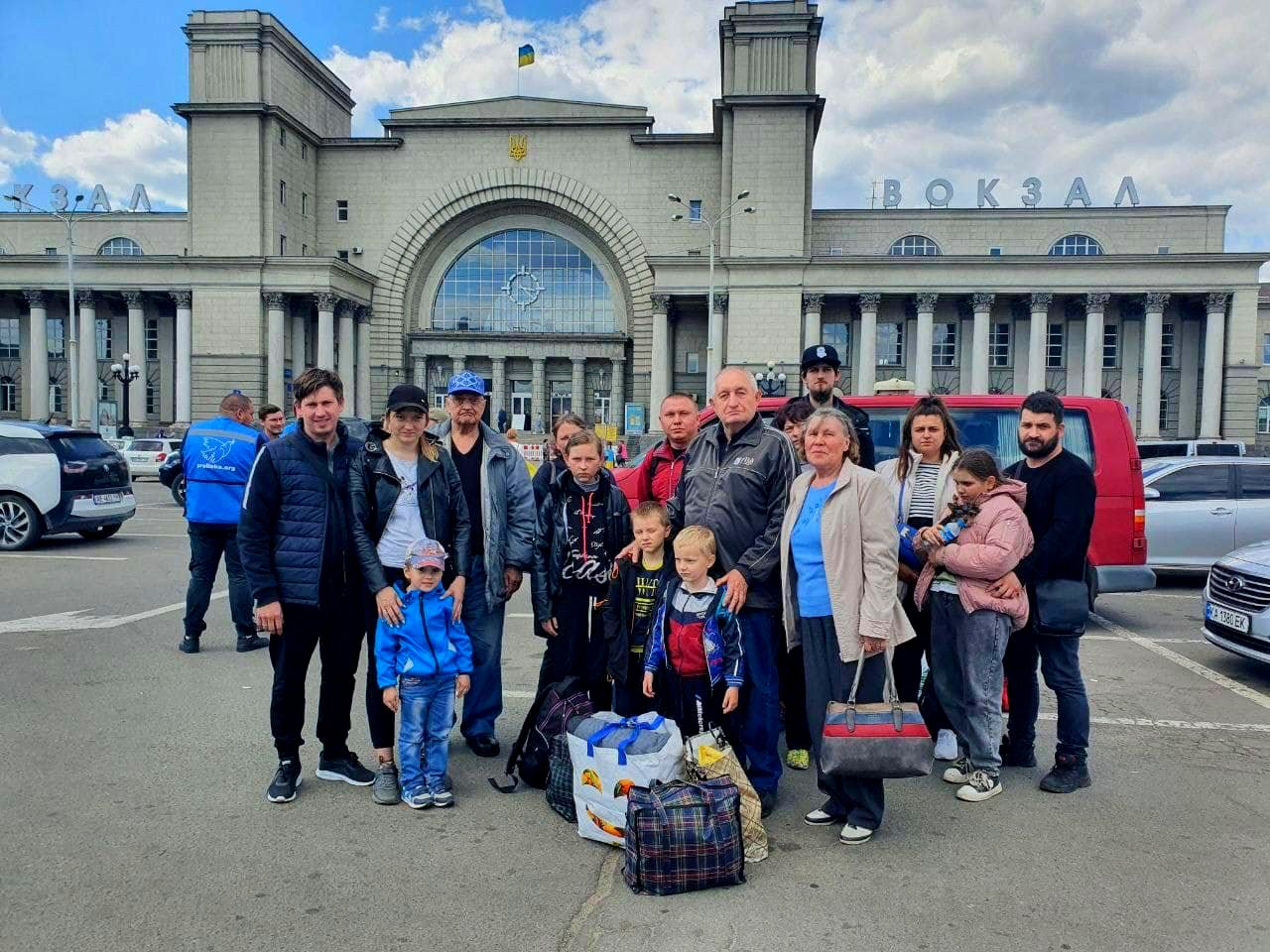 Charity
Charity
Starting from March 17, 2022, Vadym Novynskyi Foundation has allocated 2.5 million hryvnias for the purchase of 70,000 liters of fuel for transport, which was used to evacuate residents of Mariupol in the direction of Zaporizhia.

Minibuses were also purchased to organize evacuation routes. This was announced by the assistant of the People's Deputy of Ukraine Vadym Novynskyi Kyrylo Papakytsia, who is in charge of coordinating the volunteer movement to save Mariupol residents.

According to him, the joint efforts of Zaporizhia City Council, volunteers and the Foundation managed to evacuate and save about twenty thousand residents of Mariupol. Currently, the Foundation continues to purchase fuel for the evacuation of Mariupol residents to Zaporizhia, as well as for the delivery of humanitarian goods and assistance to war-affected citizens.

All related news
Other news
Charity
Another batch of ambulances from Europe - 16 cars
This week, Vadym Novynskyi Charitable Foundation delivered another consignment of ambulances from Europe to Ukraine. This time 16 Mercedes Benz, Renault, Opel and Volkswagen cars crossed the border.
Religion
Happy Holy Trinity!
Today we celebrate Pentecost (Trinity Sunday or the Trinity, as we usually call it) that is one of the main Christian holidays.
Religion
Congratulations on the Great Feast of the Ascension of Our Lord Jesus Christ!
I wholeheartedly congratulate you on one of the Great Feasts, the Ascension of Our Lord Jesus Christ!
Charity
Ten ambulances for Kryvyi Rih hospitals
Vadym Novynskyi Charitable Foundation has purchases ten ambulances for Kryvyi Rih hospitals
Charity
Vadym Novynskyi Foundation has delivered 5,000 food kits to war victims
Since the outset of the war Vadym Novynskyi Foundation has delivered 5,000 food kits to citizens who have suffered from the warfare and are located near the war zone, as well as to refugees and internally displaced persons.
News
New X-ray machine for Amosov National Institute from Novynskyi Foundation
The staff of Amosov National Institute of Cardiovascular Surgery received a long-awaited new mobile X-ray machine for resuscitation and intensive care units from Vadym Novynskyi Foundation.
Congratulations
Happy Victory Day!
I wholeheartedly congratulate you on the great holiday – Victory Day. We deeply bow to the veterans of the Great Patriotic War living today for their feat and resilience!
Religion
Congratulations on the Sunday of the Holy Myrrh-Bearing Women!
I wholeheartedly congratulate you on the Orthodox Feast of the Sunday of the Holy Myrrh Bearers! Historically, it was established in memory of the feat of those faithful Disciples of Christ who did not leave Him during the horrors of Golgotha, when the ...
Charity
43 tons of charitable aid from Novynskyi Foundation to Kharkiv
Today, 43 tons of charitable aid from Vadym Novynsky Foundation were delivered to Kharkiv.
Subscribe to news