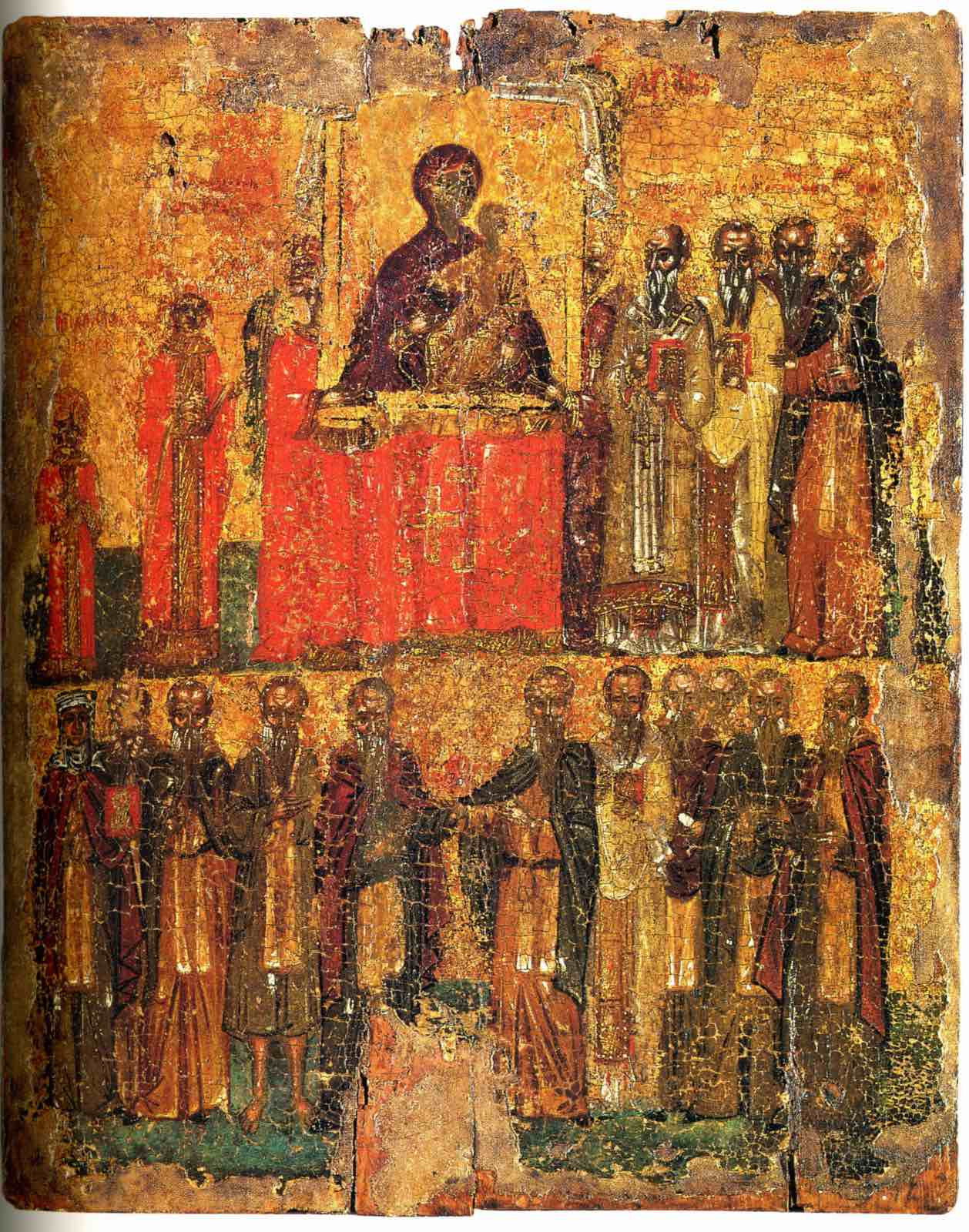 Dear friends, congratulations on the Feast of the Triumph of Orthodoxy!

Today, together with the entire Orthodox world, we celebrate the victory of the Church over heresies and schisms that have existed at all times.

The tradition of praying in front of icons, known since apostolic age, was interrupted during a period of the great delusion that is iconoclasm.

In the 8th century, the secular authorities intervened in church life and accused the true Orthodox Church, which defeated paganism, of idolatry.

Heretics, backed by political power, began to put pressure on the Church demanding to abandon the veneration of icons.

True Christians had to fight for the right to depict Jesus Christ, God’s Mother and pray in front of icons.

The staunchest guardians of the Orthodox faith suffered and were martyred.

This period lasted over a hundred years, but the time of a clear separation of truth and falsehood has come.

The secular authorities and traitors to the faith failed to force the Church and true Christians to abandon the veneration of icons.

In the year 843, the Council of Constantinople established the feast of the Triumph of Orthodoxy in honour of the victory over the heresy of iconoclasm.

Yet, other heresies also arose and attacks on the true Church continued at all times.

Today, when the political vision of religious life often comes into conflict with faith in the Lord Jesus Christ, the Orthodox Church bears a special feat – it preserves the purity of faith, affirming it for subsequent generations of Christians. As a child-loving mother, it very clearly and rightly leads us from feast to feast throughout the church year, and no misfortunes, persecutions, anger or disorder are able to shake it.

The Triumph of Orthodoxy is a great day of the participation of every baptized Orthodox person in the true faith.

It is a great honour and responsibility to remain faithful to God.

May the Lord send mercy to the Ukrainian Orthodox Church, archpastors and believers who keep the faith of their family members and friends, and all Orthodox Christians who lived on earth from time immemorial!

Peace, goodness and love to all of us!