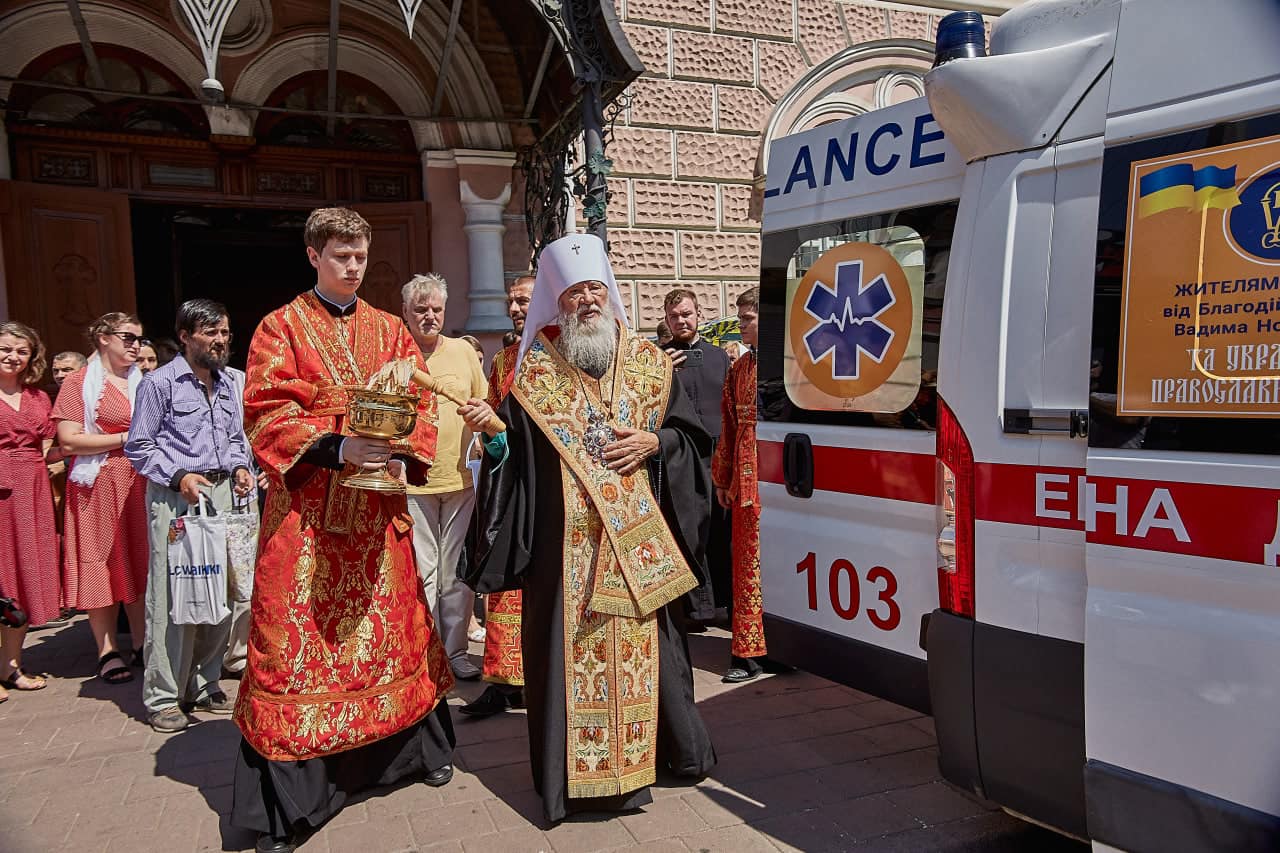 Religion
Charity
Religion
On July 9, 2022, Metropolitan Agafangel of Odesa and Izmail performed the consecration of ambulances, which were purchased by Vadym Novynskyi charity foundation for the needs of Odesa and the Odesa region.

In his archpastoral speech on the occasion of the consecration of medical vehicles, Metropolitan Agafangel noted that the Ukrainian Orthodox Church has always been and will always be with its people, and such good deeds as the handing over of ambulances are evidence that our people in unity will be able to overcome all those difficulties that have befallen Ukraine.

"I believe that these machines will save more than one life of residents of our region and will serve for the good of Odesa," said the bishop.

Gratitude was expressed on behalf of the mayor of Odesa by the director of the health care department of the Odesa City Council, Levon Nikogosyan.