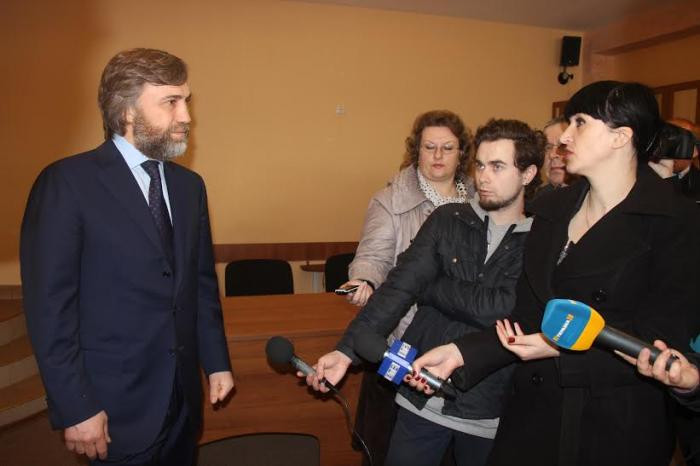 Vadym Novynskyi's International Charitable Foundation in Honour of Intercession of the Most Holy Mother of God (ICF) has provided financial aid to families of servicemen and law enforcement officers from Kherson city who died while fulfilling their military duty in the area of the anti-terrorist operation.

14 families of servicemen received material aid of UAH 50,000 each. Those who received the financial assistance included relatives of six fighters of Kherson territorial defence battalion who tragically died during the Ilovaisk operation, including the relatives of the battalion commander Ruslan Storcheus.

The people's deputy of Ukraine Vadym Novynskyi personally handed over the material aid to the relatives.

‘This financial assistance is the smallest thing that we can do today for you and your families. No words can convey the pain of your loss. Everything should be different: the country needs peace and a stable, developing economy,’ said Vadym Novynskyi.

Since 2014, the Foundation has been implementing the same program in Nikolaev region where the material assistance has been allocated to 56 families of dead soldiers.

The International Charitable Foundation in Honour of Intercession of the Most Holy Mother of God was established in 2008 at the initiative of businessman Vadym Novynskyi.

The Foundation's activities are aimed at bringing up the future generation on the principles of the Orthodox faith, at strengthening the family and raising the importance of family values for the public, as well as at preserving the cultural and historical heritage, supporting health care and comprehensive development of education.

Furthermore, in 2014, Mr. Novynskyi's Foundation transferred UAH 3.95 million as a targeted material assistance to residents of two high-rise buildings of Nikolaev city who suffered from explosions of household gas. The aid was distributed between the tenants of buildings no.40 on Lazurnaya street and no.28 on Molodogvardeyskaya street.