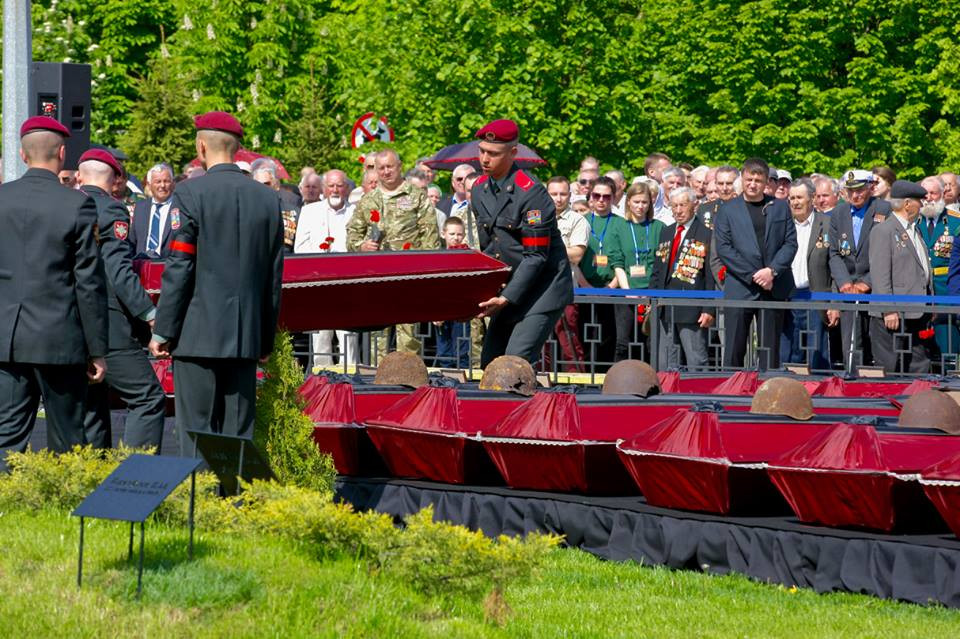 Traditionally, on the eve of the Victory Day, reburial of the Red Army soldiers fallen during the Great Patriotic War took place in Gatnoye village of Kiev region. For many years, Dnieper-Ukraine searching group has been searching for them. Today, the remains of 110 soldiers were buried during the solemn mourning ceremony.

The Great Patriotic War is the bloodiest one in the history of humankind. Millions and millions of Ukrainian soldiers and civilians died during the war years!

The Nazis came not just as conquerors – they came to destroy the population, clearing the living space for the Third Reich. It is hard to imagine what would have happened to Ukraine, to the world, to humanity, if the war had ended with other result.

Today, the remains of the heroes who defended our land have been committed to the earth. Every year search teams find remains of hundreds of unburied fighters. It is very important that every found soldier be buried in proper way, according to the Christian tradition, with military honours.

I believe that the Great Patriotic War shall not be deemed ended until the last fallen soldier is buried.