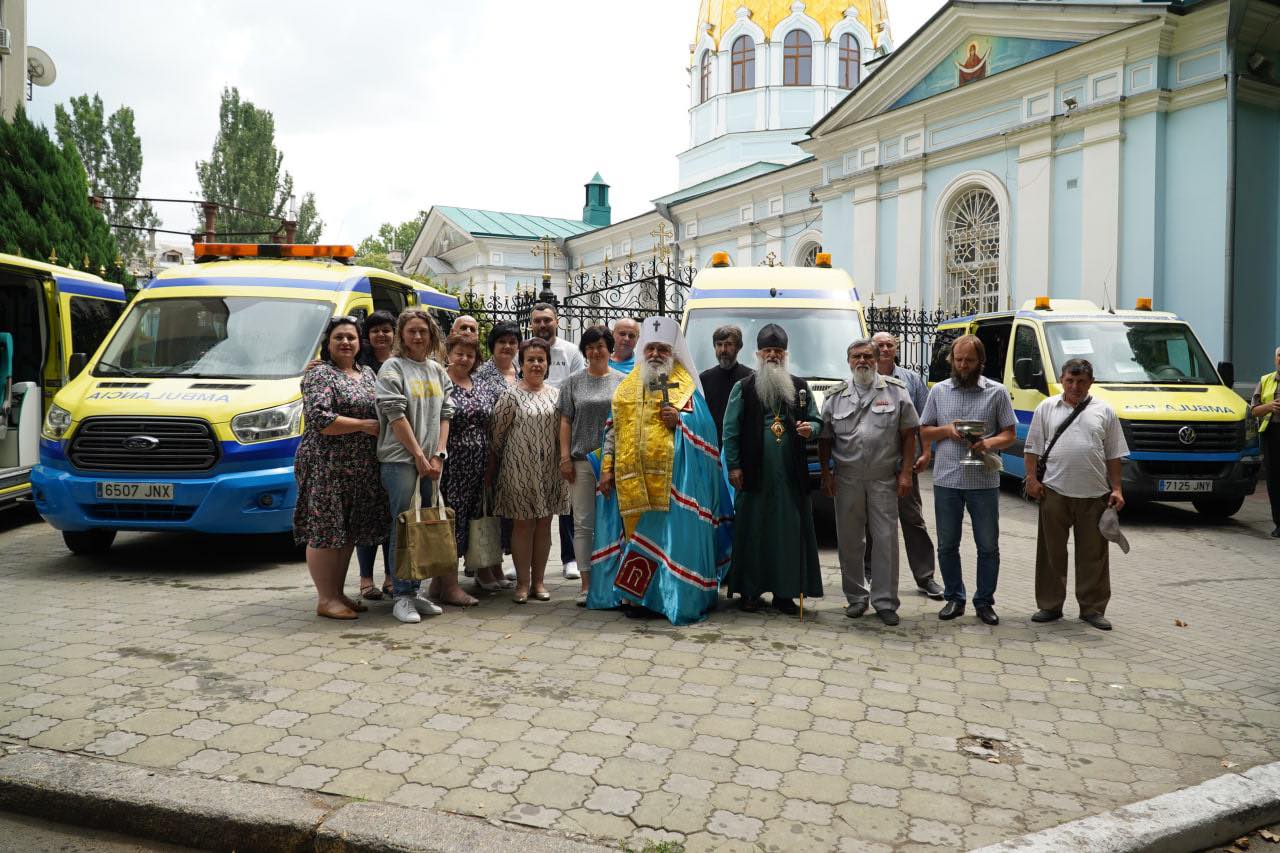 Charity
Religion
Charity
Metropolitan of Mykolayiv and Ochakiv Pitirim on behalf of the UOC handed over to Mykolaiv 5 ambulances that were purchased in Europe by Vadym Novynskyi Foundation.

The cars will be assigned directly to the medical institutions of the city, which will allow providing better medical care. These are hospitals № 4 and №5, maternity hospital №1, Primary Health Care Center № 3, Center for Socially Significant Diseases.

"Today, at this extremely difficult time, Vadym Novynskyi Foundation provided 5 cars. This is a very important help when our centers are overloaded and treat the wounded: both military and civilian. Despite the fact that we are a front-line city, we provide all medical care to Mykolaiv citizens who live in the city today, in full. This is childbirth - more than a thousand have happened, this is people with stroke who get thrombolysis, this is our patients with HIV and tuberculosis. That is why today we are very grateful to all the people who provide us with such powerful assistance. Our centers have never received 5 cars at once. Some did not have cars at all to transport patients. The machines have equipment for patients with special needs, we will now be able to transport them safely. "

Dmitry Sergeyev, the director of the Foundation, noted: “Mykolaiv is close to the combat zone. Suffers constant shelling. The issue of timely evacuation of civilians or military to medical institutions is very acute. We couldn't but respond to the request of the Public health care department of Mykolaiv city council. Before that, we had donated dozens of cars to hospitals in Zaporizhia and Kryvyi Rih, to Center for Saving Lives volunteer organization, one of the cars works in Sumy region, 2 cars were donated to Amosov National Institute of Cardiovascular Surgery to form mobile teams. We now have dozens of inquiries from other regions. "

According to Dmytro Sergeyev, on the way from Europe to Ukraine there are more than 30 ambulances, which have already been paid for by the Foundation. Their delivery is complicated by long queues at the border, where humanitarian convoys have to stand for 2-3 days.

"We vitally need dedicated humanitarian corridors to cross the border quickly. Then our help will be much more significant. In addition to ambulances, we import scarce medical equipment and medicines", - said director of Vadym Novynskyi Foundation.

Vadym Novynskyi Foundation, in partnership with Ukrainian Orthodox Church, is implementing one of the largest projects to deliver ambulances to regions close to hostilities. The goal is to bring at least 100 ambulances to Ukraine and deliver them to the regions most in need.

The total amount allocated by Vadym Novynskyi for humanitarian projects after February 24 has reached UAH 650 million.