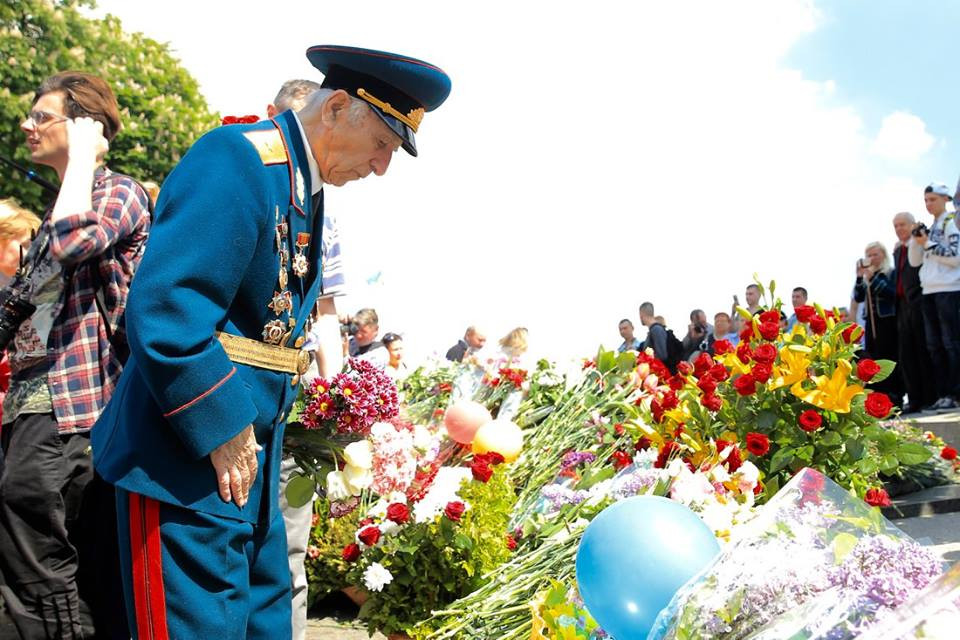 On May 9, 2016 Vadym Novynskyi together with other leaders of the Opposition Bloc Party went to the Eternal Glory Park (Park Vechnoy Slavy) to honour the memory of the heroes who gave their lives for the Great Victory. The Opposition Bloc Deputies laid flowers on the grave of the Unknown Soldier. “It is everyone’s duty to honour the memory of those who gave their lives fighting against fascism” declared Vadym Novynskyi.

Despite this, groups of provocateurs, supported by the authorities, tried to disrupt events. They were encouraged to throw green antiseptic fluid at veterans, preventing them from laying flowers on the graves of deceased soldiers and bestowing honours on those who survived the war. Vadym Novynskyi stated, ‘The 9th May is a date when political ambitions should be laid aside. Unfortunately, similar acts of provocation are being conducted all over the country, even on religious holidays’.