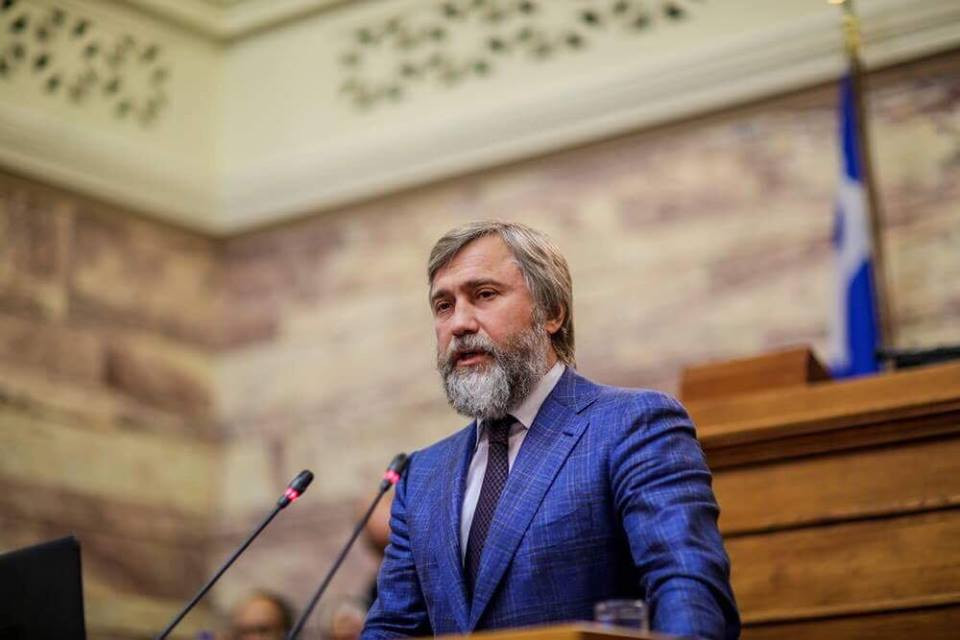 On 26 June 2018, the 25th Anniversary General Assembly of the Interparliamentary Assembly on Orthodoxy took place in the Hellenic Parliament.

Parliamentary delegations from 27 countries of the world, as well as representatives of the Orthodox Churches, came to Athens to participate in the Assembly. The topic of the meeting was parliamentary democracy and Christian values.

The People’s Deputy of Ukraine Vadym Novynskyi and the representative of the Ukrainian Orthodox Church at European organizations, the chief of administrative staff of Kiev Metropoly Bishop Victor (Kotsaba) represented Ukraine at the Assembly.

The main subject of the meeting was parliamentary democracy and Christian values. The situation in the Ukrainian Orthodoxy was also discussed.

More details about the position voiced by the Ukrainian representatives and about the outcomes of the discussion can be found in this video.