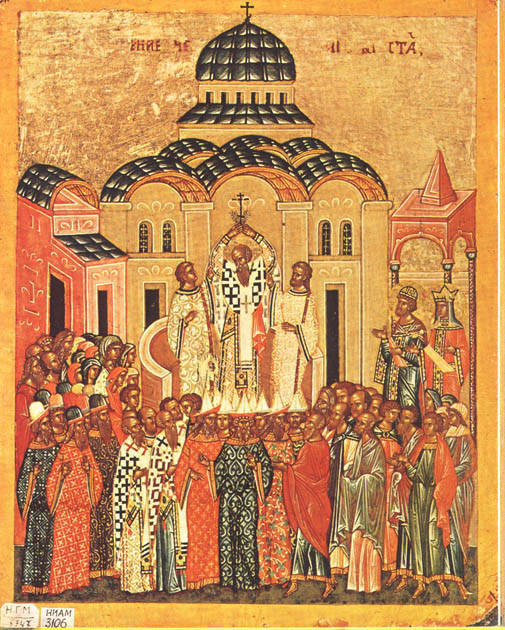 This day is special for all Christians and has always been honoured by our God-loving people. In its honour, temples were erected and consecrated, villages, streets and urban districts were named.

The cross is the great mystery of God’s Providence for humanity, the banner of Christ’s victory over death. Our great joy and our great responsibility.

This holy day has been celebrated annually since the earliest times. Like hundreds of years ago, the life-saving Cross is raised in all Orthodox churches today reminding us of the Saviour’s redemptive feat, of the high price He paid for our right to live in the eternal Kingdom of love and truth.

The events of this feast are primarily associated with Golgotha – the hill outside of ancient Jerusalem on which our Lord was crucified.

Now the amazing temple of the Resurrection of Christ rises above this place. Millions of pilgrims from all over the world visit Golgotha and the Holy Sepulchre to bow before the main shrines of Christianity. However, that was not always this way.

After the fall and destruction of Jerusalem, the Romans erected a pagan temple over the place of redemption of all people from the slavery of sin. The followers of Christ were persecuted for three hundred years. The Holy Cross and other shrines associated with the earthly life of the Saviour were lost and inaccessible.

Everything changed thanks to a man who recognized the will of God above his own will. Thanks to the ruler, whose faith changed his own life and the life of all humankind.

This man is the Holy Equal-to-the-Apostles Emperor Constantine the Great. On his path in life, he met Christ, put an end to three hundred years of persecution of His followers, giving them the freedom to openly profess their faith, erected many temples, convened an Ecumenical Council to preserve the purity of the religious doctrine, became the founder of a grand empire that sought to build its activities on a symphony of two principles: spiritual and earthly ones. The empire founded by him existed for more than 1,000 years, confirming the ancient postulate that if the ruler is wise, then grace and prosperity prevail around him, and his people live in peace and harmony.

In addition, he ardently wanted to find the Cross of Christ. To that end, he organized an expedition to the Holy Land, led by his mother, the Holy Equal-to-the-Apostles Empress Helena.

The Holy Tradition says that the Cross on which the Lord was crucified was found in the year 326 next to two others crosses. Its authenticity was confirmed by a miracle performed by it. When all doubts were dispelled, the clergy solemnly raised it high above the assembled people – hence the name of the feast was born.

Dear friends! Looking at the Cross today, let us turn in our hearts to the One Who became one of us with the sole purpose of saving humanity from the bondage of sin.

May the Merciful Lord teach us to find the reinforcement of our spiritual and physical strengths under the canopy of His Holy and Life-giving Cross and to see in the daily bearing of our own cross of life not only inevitable sorrows and mourning, but also the joy of finding a new, better life according to the Gospel.

I wish you peace and joy on this day, dear friends! Happy Feast!