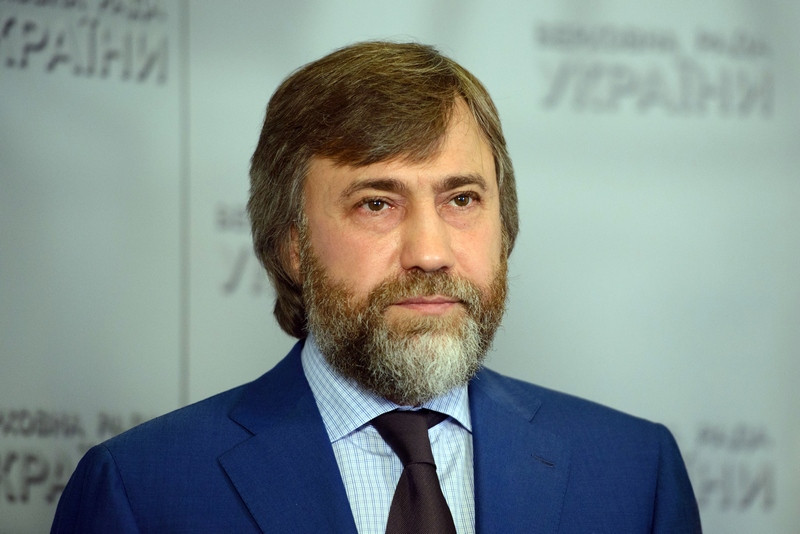 According to the People’s Deputy, Vadym Novynskyi, some deputies are attempting to adopt a law to limit the activities of the Ukrainian Orthodox Church

Two events have coincided which show a disturbing trend in the Orthodox world (and indeed throughout the Christian world), which mirror the contemporary reality in Ukraine. The first one is the tension that has developed around the preparation and holding of the Pan-Orthodox Council. The second is a political and media campaign in Ukraine, aimed at discrediting the Ukrainian Orthodox Church (UOC), which is in canonical unity with the Moscow Patriarchate. These events (or processes) are invisibly connected and could have a negative impact on the socio-political situation in Ukraine. They could become the latest, and perhaps the main, challenge facing not only our country but also the Orthodox world as a whole.

For the first time since 1054, the Eastern Christian Church is on the verge of a schism. Until now, conflicts have shaken individual branches of the global Orthodox Church but now systemic conflict has reached a crisis point. This has been caused not least by the foreign, political pressure on the Ecumenical Patriarch, His All Holiness Bartholomew, who has recently been promoted to primus inter pares - the first among equals -in the Assembly of the other fourteen Patriarchs, showing his hegemony in the Orthodox world. Naturally, this contradicts the canons of Orthodoxy and will not be acknowledged by many churches. The Pan-Orthodox Council was on the verge of collapse.

In these conditions, the All-Ecumenical Patriarch (who is the Patriarch of Constantinople) has already announced through his advisor the obligations of the Pan-Orthodox Council for all Orthodox churches, even those, which do not take part in the work of Council. Among other things, the Phanar decided to request a financial contribution of €250,000 from each of the member churches of the Pan-Orthodox Council, a significant sum for many.

The Council has not gathered for almost 1200 years, resulting in an accumulation of issues. They include the questions of defining the relationships between the individual churches as well as resolving the conflict between the Antiochian and Jerusalem Churches, the acknowledgement of the American Orthodox Church, matters surrounding the ecumenical dialogue, and even concerns related to the Gregorian calendar. However, these matters should have been addressed beforehand along with an attempt to find a vision of their solution. Unfortunately, a meeting in Chambesy, Switzerland in January 2016 had already revealed a range of contradictions within the Orthodox world: The head of the Greek Orthodox Church, Metropolitan Hieronymus III of Athens and Antiochian and All the East Patriarch John X did not attend the meeting, Ecumenical Patriarch Bartholomew was reluctant to express his opinion on the question of Ukraine and the Georgian Orthodox Church did not reach a clear conclusion on the issue of the church calendar.

Let me remind you that the Pan-Orthodox Council had been trying to organise the meeting for more than 50 years. The pride of some of the individual members of the senior ranks of clergy together with high politics have transformed the Council from a unique, historical act of unification of the Orthodox Church into an illustration of division and the beginning of a schism in Orthodoxy. After all, the Council’s position today is influenced by external events: the confrontation between the Western bloc countries and Russia, the conflict between Turkey and Russia, the disputes between the pro-American regimes in the Balkans and Russia, the situation in the Middle East and even the overall global economic crisis!

In these circumstances, the most appropriate course of action, in my opinion, would be to postpone the next meeting of the Council and initiate another working meeting of Orthodox bishops in an attempt to settle the disputes that have accumulated within the Orthodox Church.

If you look at the number of followers that make up the fifteen Orthodox Churches, a very interesting picture emerges:

Church - The number of believers
To summarise, there are nearly 173.1 million people worldwide in the Orthodox Church, united canonically. If the Russian, Georgian, Serbian, Bulgarian and Antiochian Orthodox Churches do not participate in the All-Orthodox Council, the Council only represents the interests of 26.1 million believers. This represents little more than 15% of the total community so there is no such thing as “All-Orthodoxy” and any talks about an All-Orthodox Council are fictional without consensus or unification.

In addition, it is necessary to acknowledge the existence of the nearly 75 unrecognized national autocephaly churches, which unite almost 10 million believers. The largest of these is the Ukrainian Orthodox Church of Kiev Patriarchate (UOC-KP), headed by the Patriarch Filaret (Denisenko) who was excommunicated from the Orthodox Church and anathematized in 1997. Recently the Ecumenical Patriarch has challenged the pressure on him to give canonical recognition to the UOC-KP.

It was no accident that on the eve of the meeting of the All-Orthodox Council, a group of People’s Deputies from the Verkhovna Rada of Ukraine wrote an appeal to Ecumenical Patriarch Bartholomew requesting him to acknowledge the UOC-KP, as well as repeal the deed awarded by Constantinople Patriarch Dionysius IV Muselimisa in May 1686 which put the Kiev and Galicia Metropolitans under the control of the Patriarch of Moscow and All Russia.

Today the establishment of a so-called “Unified Local Church” in Ukraine has been achieved with the assistance of the political tools. In Viktor Yushchenko’s time this was a bureaucratic and diplomatic process. However, since 2014, the Government has aggressively attempted not only to establish a national church, but also to achieve its recognition by the Phanar. This would make it possible to speak about “canonicity” although, it is necessary to emphasize that this canonicity must be acknowledged by all churches (as the example of the Orthodox church in America demonstrates, as it has still not been acknowledged as canonical). The establishment of a “Local Church” in Ukraine can only be achieved through the elimination of the Ukrainian Orthodox Church in canonical unity with the Moscow Patriarchate.

The actions that we have observed recently cause particular antipathy. The state does not merely interfere in the affairs of the Church (which, remember, is detached from the State not only by a Decree of the Council of People’s Commissars, as happened in Russia, but also by the Third Universal Act of the Central Rada in November 1917 (Officials at the Rada have recently taken to appealing to historical precedent). The People’s Deputies from the post-Maidan Red Guard have tried to pass a law limiting the activities of the Ukrainian Orthodox Church. In many towns, churches are being seized, and in Ternopol the regional council is deciding whether to transfer the Holy Dormition Pochaev Lavra to the representatives of non-canonical branches of Orthodoxy.

At the same time it is possible to suggest that spheres of influence exist which have triggered a number of bishops to leave the canonical Orthodoxy and establish a “Local Church” by merging with the Filaret’s church, the Ukrainian Autocephaly Orthodox Church, and the other groups that are trying to leave UOC. It is a well-known fact that the Metropolitan Aleksandr Vishnevsky (Drabinko) of Pereyaslav-Khmelnitskii and Vishnevskoe is being prepared for a role as the head of a new religious-political union. At the same time the People’s Deputies of Ukraine accepted an appeal to the Ecumenical patriarch on the recognition of Canon Filaret’s church.

Alarm has also been raised at the accelerated attempt of the All-Orthodox Council to set-up a ‘national church’ that is beyond the reach of Ukraine, Constantinople and the Orthodox world.

It is not difficult to predict what serious consequences this would have for Ukraine.

In the 90s the Filaret used representatives of the right-wing Nationalist Army (the UNA-UNSO) to seize churches. The Filaret could not even boast of special support from the State – the Ukrainian political leadership expressly sought to strike a balance in its relations with the Churches. Today, when the media is dominated by war, and there is a spirit of hatred and intolerance in the air, it would be enough to say "attack" and bloodshed would return to the country. This would take us back to the most tragic chapters of medieval history.

Those who have decided to play with the religious sentiments of the citizens of Ukraine are playing with fire. Ukraine, the world and Orthodoxy face serious challenges. The lessons of history teach us that when politics interfere with religion, it usually leads to horrific consequences.

However, it is not too late to stop the interference in Church affairs.

One of the most terrible religious tragedies happened on 24th August, 1572 in France – the massacre of St. Bartholomew. On this same date, Ukraine celebrates Independence Day. This should serve as a warning to Ukrainian politicians and the church hierarchy, as far up as Ecumenical Patriarch Bartholomew. It illustrates how essential it is to deal extremely carefully with issues of the ecumenical world, especially in Ukraine, which has already experienced enough suffering and bloodshed. This country, in particular, needs peace and stability.