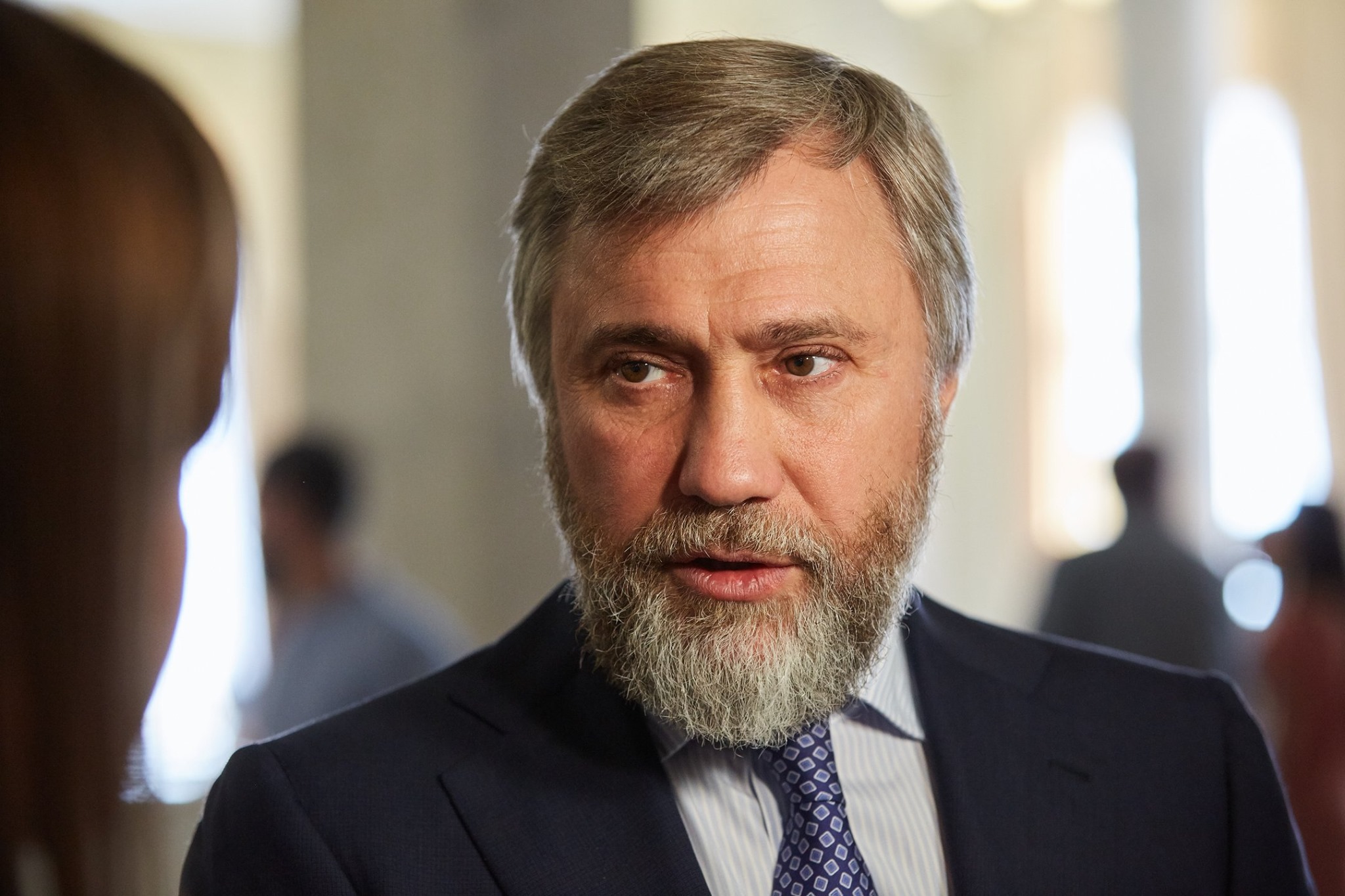 Politics
Politics
Vadym Novynskyi, shareholder of Smart Holding investment group and a People's Deputy of Ukraine, expressed his position to Radio Svoboda on Russia's armed aggression and spoke about the assistance of the Group's businesses to the country at this difficult time:

"I am in Kyiv. I haven`t flown anywhere and will not go anywhere. I will always be here, because I am a citizen of Ukraine, as an MP I took an oath to this country and will be faithful to it to the end.

When the war broke out, I was also here. My emotions? What emotions can one have when Kyiv is bombed? I couldn't imagine it even in a nightmare.

I have repeatedly said that the actions of the Russian Federation against Ukraine can only be regarded as an act of aggression. Peaceful people are dying, children are dying, a humanitarian catastrophe is unfolding. There can be no excuse for this.

Many of our companies are in the war zone - Mariupol, Kherson, Kharkiv… Some had to be temporarily stopped, but we continue paying salaries to employees, we support them as much as we can during this difficult time.

Many of them are at the front or in the territorial defence forces.

We pay taxes in full to the budget of Ukraine, and this is critical in the current conditions. I think refusing to pay taxes at such a difficult time is looting.

One of the main areas where we endeavour in assistance is Mariupol. We help organize evacuation from there through humanitarian corridors. Unfortunately, two attempts to evacuate people from Mariupol have already failed due to shelling.

We try to satisfy all requests of volunteers. We provide assistance to refugees - not only in Ukraine but also abroad.

We also have a separate aid program for the Armed Forces, which heroically defend our cities every day: food, medicine, and much more.

Vadym Novynskyi`s Charitable Foundation in Honor of the Intercession of the Most Holy Mother of God has already allocated over UAH 250 million for humanitarian purposes. But this is just the beginning. We are helping and will help as much as Ukraine and Ukrainians need to withstand the uneasy time.

I myself stay in Ukraine. I'm not going anywhere. I take part in the sittings of the Verkhovna Rada, I actively coordinate the activities of the humanitarian headquarters, which involves representatives of all enterprises of the Smart Holding. Today we are doing our best. And even more. God bless the result.

Ukrainian economy will require large investments in recovery, and Ukrainian business will not stand aside. As a deputy from Mariupol, I will first of all be obliged to pay attention to my city.
But that doesn't mean I won't pay attention to others. I am confident that after the war we will gather - representatives of government and business - to work out a plan for a rapid and effective revival of Ukraine. "


All related news
Other news
Religion
Nativity of Virgin Mary
Today the Orthodox Church Celebrates the Nativity of Our Most Holy Lady Theotokos and Ever-Virgin Mary.
Religion
The church new year
On September 14, Orthodox Christians celebrate the church new year.
Religion
Day of the Beheading of Saint John the Baptist
Today we remember a great and righteous man and a Prophet, a saint most revered by our Church – John the Baptist and Forerunner of the Lord.
Growth of Ukraine
“Metinvest Together! psychological service” helps over 1,100 employees
Metinvest Together! psychological service was launched as a response to life challenges, to help the company’s employees during the war. The project is a success, judging by 1,113 individual and group support sessions as well as a number of positive ...
Growth of Ukraine
"Metinvest" once again confirms the fulfillment of its debt obligations, having paid the coupon for Eurobonds-2027
Metinvest B.V. (Netherlands) reaffirms the continued fulfillment of its debt obligations, in particular to bondholders, despite the war in Ukraine.
Growth of Ukraine
Speech by CEO "Smart Holding" at the economic forum in the Polish city of Karpach
"The beneficiary of the Marshall Plan is not only Ukraine. This is the Plan for the Reformation of Europe" — the speech of the CEO of "Smart Holding" at the economic forum in the Polish city of Karpacz
Growth of Ukraine
Smart Energy Group paid 1.84 bln UAH in taxes in the first half of 2022
In the first half of the current year, the companies of Smart Energy Group paid a total of 1.84 bln UAH in taxes to the budgets of all levels, including 772.4 mln UAH of rent payments for the subsoil use.
Religion
The Dormition of the Most Holy Theotokos
I heartily congratulate you on the Great Feast — the Dormition of the Most Holy Theotokos, the Passover of the Mother of God.
Religion
55th birth anniversary of Metropolitan Anthony of Boryspil and Brovary
Today, Metropolitan of Boryspil and Brovary Anthony (Pakanich), Director of Affairs of the Ukrainian Orthodox Church, is celebrating his 55th birthday.
Subscribe to news