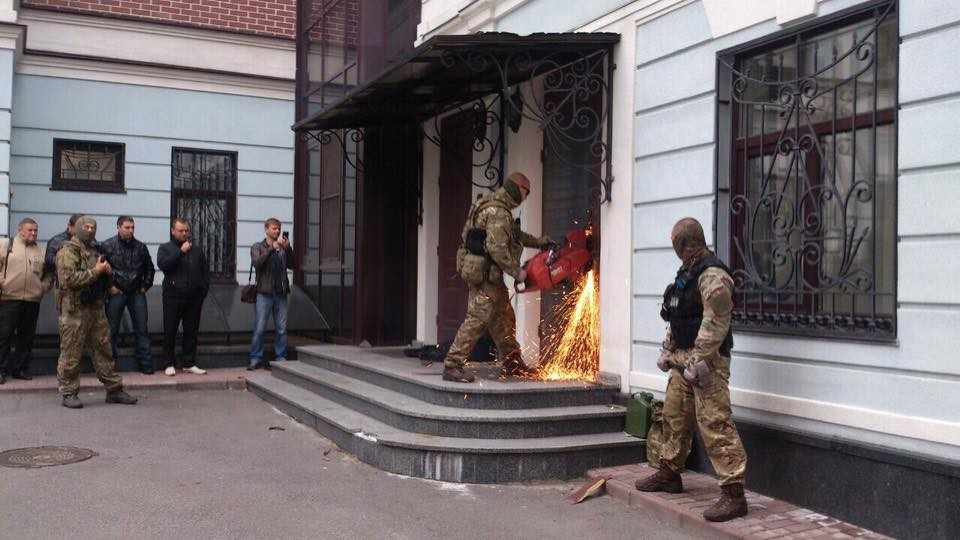 Today, over two hundred people in camouflage stormed Smart-Holding’s Head Office and other companies that are part of the ‘Smart Holding’ group (of which I am a beneficiary). Not only causing criminal damage, this violates all legal procedures and ethical standards.

The question is, why? The management of the companies and I have always cooperated with the law enforcement authorities, disclosed all necessary information, and abided by the law.

I consider that such actions are designed to put maximum pressure on me as a member of the opposition. The government object to my playing an active and, to be honest, often critical, political role. It is no coincidence that the searches at "Smart-Holding" began after members of the Bundestag and the European Parliament made a number of statements on the consistent human rights abuses in Ukraine and violations of the fundamental principles of democracy (my name was specifically mentioned in these statements). Two days ago, ‘The Guardian’ (an influential British newspaper) published an article in which I analysed the political and economic situation here.

The government does not appreciate being criticised. Isn’t that why this entire repressive apparatus has been turned on my colleagues generally, and me personally, as representatives of the Opposition Block?

I would like to ask our law enforcement officers if our streets are safe. Every day there are reports of new crimes including robberies, assaults and even murder. Have the deaths of Oleg Busina and Pavel Sheremet been fully investigated, and the perpetrators brought to justice?

No. Instead, the government have unleashed a campaign of harassment against the opposition with the aim of intimidating us, silencing us, and even forcing us to leave the country. Perhaps the General Prosecutor’s office (GPU), National Anti-Corruption Bureau (NABU) and the Ministry of Internal Affairs should try to catch real criminals, rather than persecute their political opponents.

I would like to assure both my political opponents and my colleagues that we, the Opposition Bloc, will not stand aside. We will continue fighting against the destruction of the country, and go on defending the rights and honour of Ukrainians by all legal means, both in Ukraine and abroad.