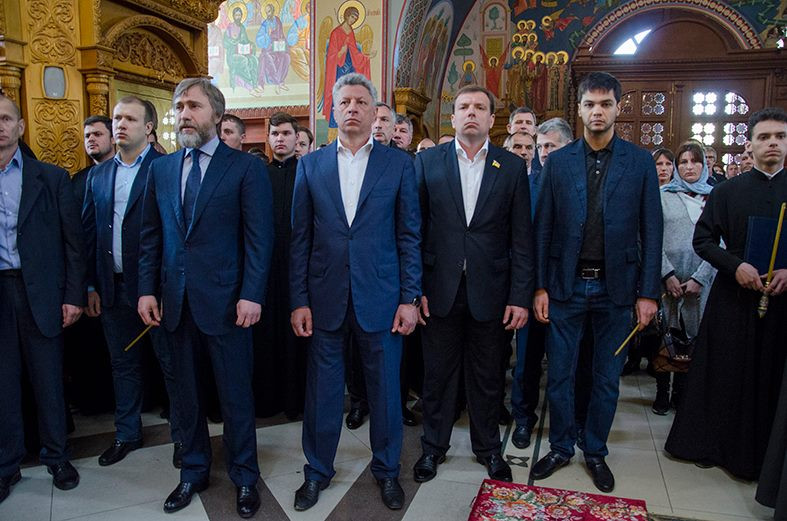 On May 2, Odessa has been mourning for the third year. Three years ago, a tragedy struck the city. Fire killed 42 people and six other died in clashes on the streets. From early morning, people are coming to the Kulikovo Field and bringing flowers to the door of the Trade Unions Building serving as an improvised memorial.

We, the opposition, have also come to Odessa to pay tribute to the victims. The authorities were preparing provocations against us. They were bringing thugs to the city against us and were waiting for us at the airports and on the highways. Today, our MPs were called to the law enforcement agencies’ offices for interrogations on some trumped up reasons. We were harassed in the media.

The authorities had little interest in the security and order in the city. The main thing was to stop, stifle any activities of the opposition. All in vain. After all, we remember May 2 tragedy 365 days a year. We keep in touch with relatives of the deceased and together with them, we attempt to overcome the consequences of what happened. And today we have come to the city in peace. Restoration of peace and overcoming the split in Ukraine have been and remain our main goals. Early in the morning, with God's help, we took part in the memorial service in the Odessa Monastery of the Holy Dormition in memory of the Odessa tragedy’s victims. The memorial service was made by His Eminence Agafangel, the Metropolitan of Odessa and Izmail. Almost all the Orthodox clergy of the city took part in the memorial service.

In addition, we met with the relatives of the tragedy victims and visited the graves of those who died on May 2 in the Trade Unions Building. After that, we returned to Kiev. We wanted to pay tribute to the victims and not to break fragile peace in Odessa. New clashes and provocations could not be allowed. The wound inflicted to Odessa has not healed and it hurts.

I am convinced that three years ago people died by the evil will of the very particular persons, and those who ordered and executed this drama will necessarily be punished for their misdeeds. So far, the current authorities have not demonstrated the slightest desire to carry out an honest and transparent investigation. This investigation, this truth about the incident are needed not only for the dead, but also for us, the living ones. Tragedies like "Odessa Khatyn" must never be repeated in Ukraine. And the main guarantee of this will be the triumph of law and the punishment of the guilty.