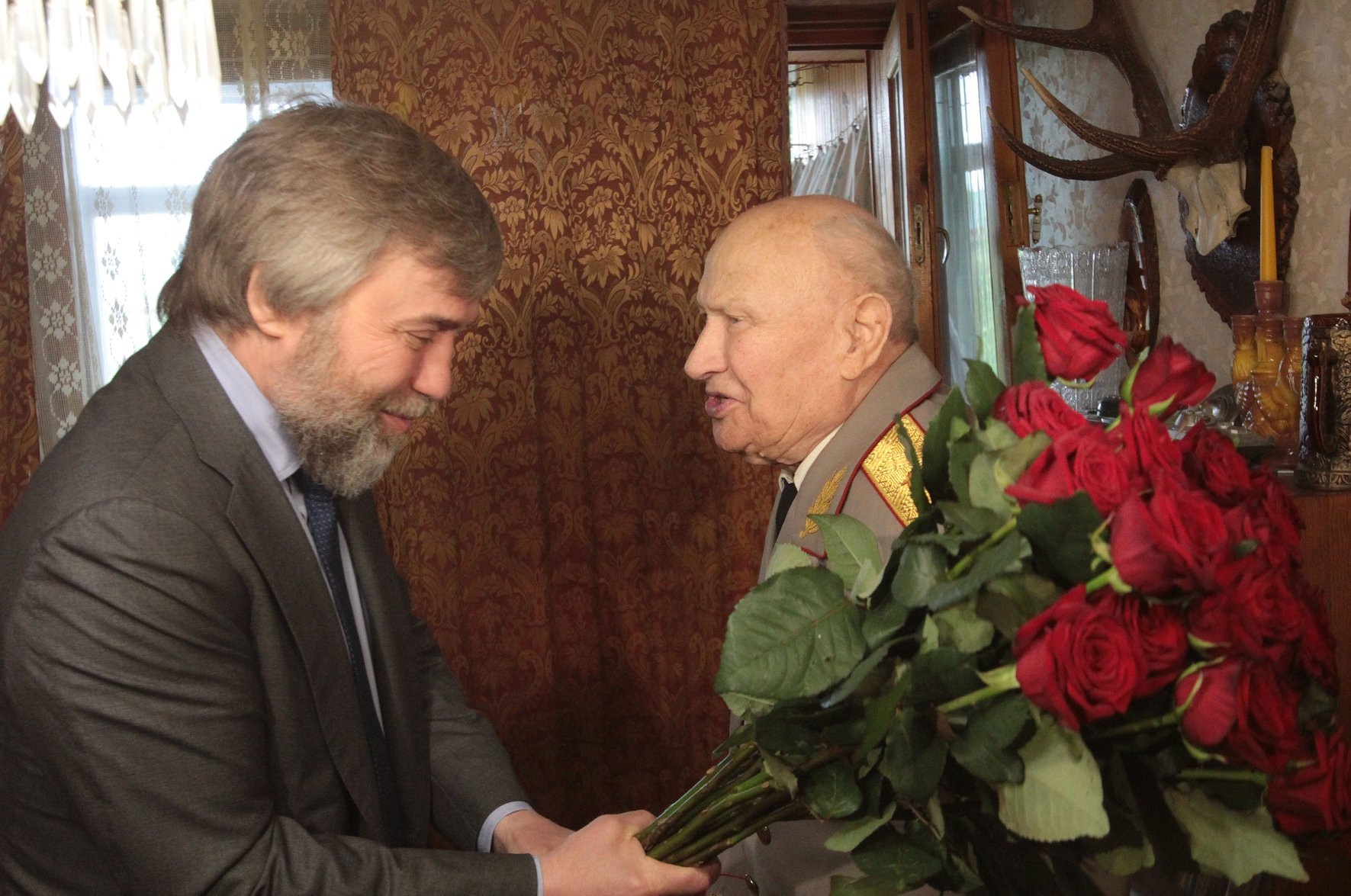 Today, on the eve of celebrating the 74th anniversary of the Victory in the Great Patriotic War, I met with 94-year-old military intelligence officer Volodymyr Kuzovenko to congratulate him on the holiday, and also to pay respect and gratitude for his feat.

Volodymyr Kuzovenko is a war veteran, a retired major general. At the age of seventeen, he volunteered for the front in 1941 and went through the whole war. He was wounded four times. After the war, Volodymyr Kuzovenko served for 35 years in intelligence. He was awarded three orders of the Patriotic War, orders of the Red Star, Bohdan Khmelnytskyi, 2nd and 3rd degrees, orders "For Service to the Motherland in the USSR Armed Forces" and more than 30 USSR medals.

During the war, Volodymyr Kuzovenko was a tank crewmember. When surrounded, he had to call fire strike upon himself. In heavy fighting, he knocked out two enemy tanks and six self-propelled guns, although he paid for it with many combat wounds.

Volodymyr is a real hero, whose personal contribution brought the Victory in the Great Patriotic War closer. Today all war veterans play an important role in our society, passing on to young generations the values of valour, duty, honour, and love to their native land.

In a situation when the government turned away from war veterans, the Opposition Bloc considers it its duty to help them. We are grateful to those who defended our native land from the enemy at the cost of their own health or life. For us, this was and will be a feat, regardless of how the authorities are trying to rewrite history, to cross the Great Patriotic War out from it, to forget war veterans, to replace Victory with sorrow. We will pass on the memory of 9 May 1945 to our children and grandchildren. The Victory Day will always be a holiday for us!

As Volodymyr Kuzovenko said, victory and peace in the native land were a holy goal for all of them during the war years. Today, war veterans want only one thing – that there is peace in Ukraine again.