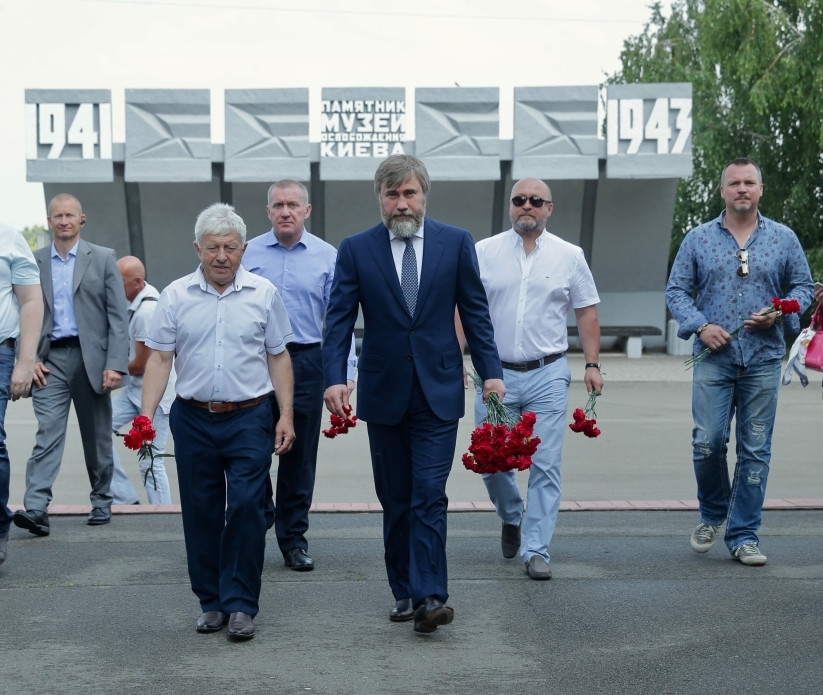 Today, the 22 of June, is a day of sorrow for all those who did not renounce the historical past and did not betray the memory of their grandfathers and great-grandfathers.

The first bombs of war fell on Ukrainian cities of Kiev and Lvov. Today we honour the memory of millions of those who gave their lives in the bloodiest war in the history of mankind.

We laid flowers on the Grave of the Unknown Soldier in the National Museum "Battle for Kiev in 1943" and prayed for victims of that terrible war.

Wishing to keep the memory of the great feat of our people, we, together with other like-minded people, initiated a long-term program, where we intend to help the museums of that war restore graves and monuments of soldiers who sacrificed their lives for the sake of victory and peace on our Earth. As one of the first steps today we granted a symbolic cheque worth UAH 250,000 to Ivan Vikovan, the director of the museum, for technical maintenance and financial support of the museum's infrastructure. In the future, we plan to increase the support to the museum.

I sincerely believe that keeping the memory of the war and studying the lessons of the war is our sacred duty. We must not allow distortions of the history, much less oblivion of its great and tragic pages.

As wise Rasul Gamzatov wrote: "If you fire at the past from a pistol, the future will shoot back from a cannon."