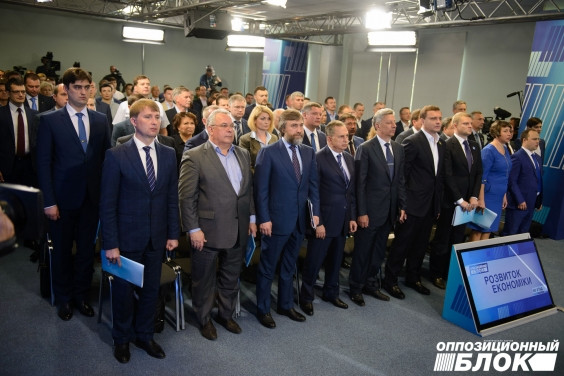 Delegates of the VII Congress of the Opposition Bloc approved a revised charter and elected the governing bodies of the party.

Yuriy Boyko and Boris Kolesnikov were unanimously elected as co-chairs of the party.

The Congress delegated the task to the party's executive committee of starting the process of consolidation of all opposition forces, politicians, opinion leaders and representatives of local authorities who have an interest in the future of the country.

The Opposition Bloc is open to all those who are against the policy of the current government: the war, the disastrous unprofessional governance, the unbearable tariffs, social genocide and the destruction of the economy. The party welcomes all those who stand for peace, justice and security, also for the economic and social development of Ukraine.

The executive committee of the party has been tasked to prepare proposals on expanded composition of the political council and to approve it at the national unification forum of the Opposition forces.