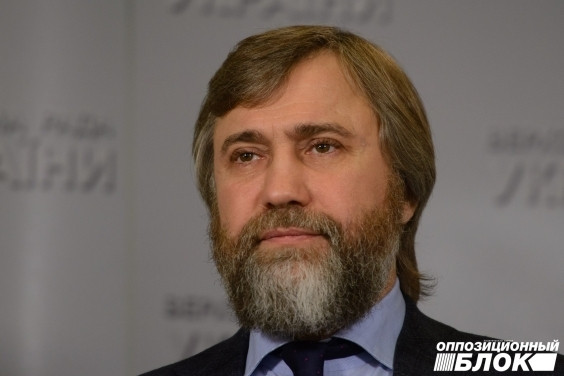 I have become a member of the Ukrainian parliamentary delegation to the Parliamentary Assembly of the Council of Europe on behalf of our faction of the Opposition Bloc party.

I have multiple international meetings with my fellow parliamentarians from various countries of Europe. We often exchange our views, information, assessments of what is happening. It was logical to supplement this alternative diplomacy with such a distinguished political and communication platform as the PACE.

The faction has entrusted me the opportunity to represent the Ukrainian Parliament in the Assembly of the Council of Europe with a simple and at the same time a very important goal. Parliamentarians from more than 50 countries of the world need to hear an alternative point of view on what is happening in Ukraine. More importantly, participation in the delegation to the PACE is not only an opportunity to articulate the position, but also an opportunity to discuss, in real-time, what is happening, to make decisions defining the opinion of the Big Europe and its partners.

I do understand that resolutions of the PACE are of a recommendatory nature and are not always fulfilled as, for example, Ukraine does not fulfil the PACE resolution dated 27 January 2015, according to which Kiev is obliged to resume payment of social benefits to residents of the territories currently under the control of the unrecognized republics. Yet, the statement of the question itself, an opportunity to break through the information blockade and an opportunity to articulate an alternative point of view, alternative opinion are extremely important.

My inclusion in the parliamentary delegation triggered a stormy reaction from my political opponents. Well, it means we are on the right way, and our 'caravan' moves on.