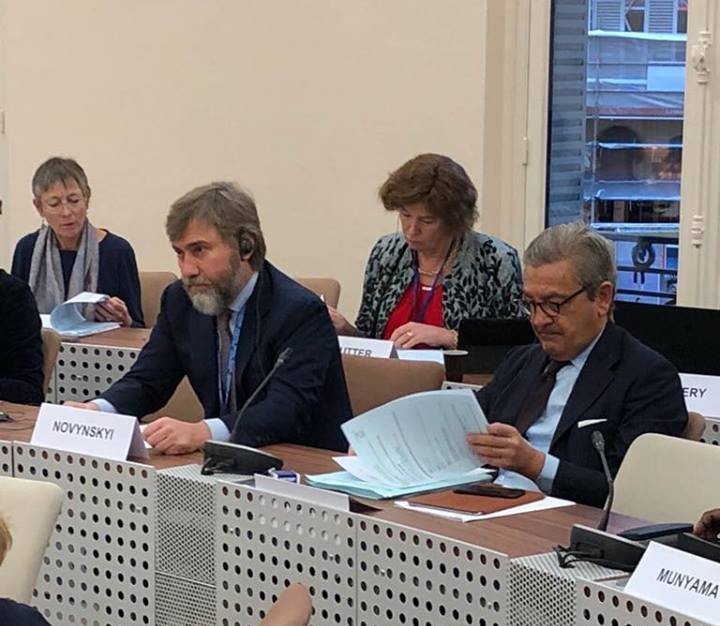 Today I took part in the meeting of the PACE Committee on Migration, Refugees and Displaced Persons in Paris. It is very important to highlight a profound and comprehensive report by Egidijus Vareikis from Lithuania on the humanitarian consequences of the war in Ukraine. Mr Vareikis showed a great level of responsibility, sincere humanism and even courage in preparing the report, having held himself from using clichés and dogmas about the war in the east of Ukraine, which are usual for Western politicians. A truthful idea goes through the report: the current Ukrainian authorities, to a large extend, do not care about suffering and hardships faced by millions of civilians from Donbass, most of which did not participate in the events of the past few years and were not prepared for the disaster. Ukrainian officials like to talk about the problems of the military (which, of course, is also important), but you almost do not hear their concern about the fate of civilians suffering from the military activities.

I am deeply grateful to Mr Vareikis who openly criticized the Ukrainian authorities often said to be "pro-European" ones, and who directly pointed to system-level discrimination against residents of Donbass, impairment of their political and social rights. Last week, even the US ambassador to Ukraine, Marie Yovanovitch, pointed to the discriminatory nature of the government policy in Donbass.

The authorities in Kiev do not see the point in spending money on Donbass. Moreover, they see no sense in returning Donbass and Crimea to Ukraine, let us be frank: because citizens who live there will never support Maidan, will never support the nationalist ideology and will never vote for those opportunists who have taken power into their hands. It is easier to abandon this territory, they think in Kiev. However, for pro forma, for appearances you can use some “flag waving” slogans in the propaganda work. After all, the war and "concern for the welfare of the state" can be used to cover up failures in public administration, problems in the economy, and theft of budget funds at unprecedented levels, as well as endemic violations of civil liberties.

We also managed to amend the resolution based on the results of the report. Initially, it was planned to give a positive assessment to the draft law on the reintegration of Donbass. After my speech, PACE delegates made a more restrained statement: indeed, in case the law on the reintegration is adopted, one can speak about Ukraine's withdrawal from the Minsk process and people of the region will find themselves in a situation of even greater injustice and lawlessness.

Another victory of ours through joint effort!