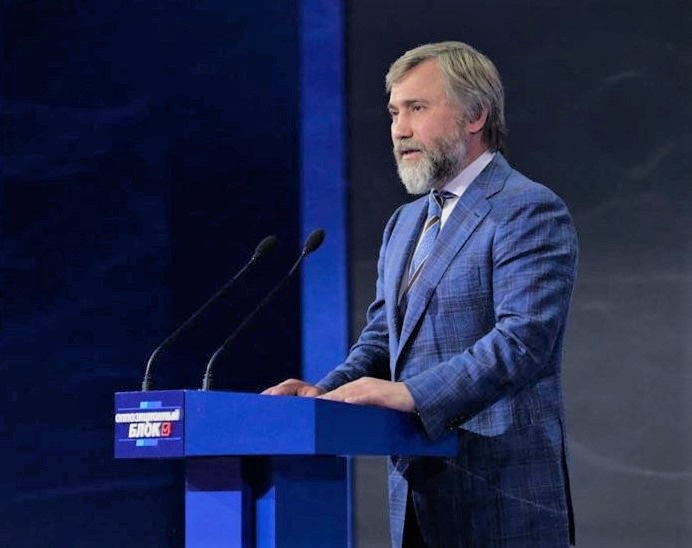 I am often asked what is the difference between our political force, the OPPOSITION BLOC Party, and the Opposition Platform – For Life Party (OPFL).

I can understand people, because OPFL actively exploits the branding and the rhetoric of the OPPOSITION BLOC, using leading television channels, which belong to the same OPFL, for their propaganda.

OPFL was created by people who actively played up to Petro Poroshenko during his entire period in power and visited his office on Bankova Street more often than their own office. They helped bring Poroshenko to the second round of the recent presidential election. These people were expelled from the OPPOSITION BLOC faction in the parliament, because their unsound ambitions went against the party and the people who voted for the OPPOSITION BLOC in 2014.

Now, the list of OPFL’s members comprises 11 people from Poroshenko's entourage. Their list includes Ilya Kiva, who in 2014-2016 called for the killing of the Donbas residents, and who now is in the party that is supposed to represent the interests of the southeast. The list of OPFL just looks like crossing a grass snake with a hedgehog. Just a while ago, politicians who are now next to each other in the list were slinging mud at each other without any hesitation. After getting seats in the Parliament, this party will immediately split into groups of interests, and they are unlikely to think about the interests of their voters.

During five years, the OPPOSITION BLOC was consistently fighting against the Poroshenko regime. There are politicians in the ranks of our party, many of whom — including myself — have been subject to repression by the past authorities. I was stripped of the parliamentary immunity and a number of criminal cases were opened against me.

Whereas our former colleagues fought against us and continue to do so. It was they who, with the “hands” of the puppet Agrarian party, challenged the results of the drawing procedure that led to the OPPOSITION BLOC receiving No. 1 in the ballot. In turn, the OPFL got the sixth number in the list.

The OPPOSITION BLOC party, putting it in clerical terminology, is the canonical opposition. Throughout the entire period of our existence, we have never compromised with the current authorities. We always openly expressed our viewpoint and did not betray our voters. We clearly followed the interests of that part of the population who trusted us with their votes and saw us as their protection during the most challenging years that Ukrainians faced in recent times. Now, the list of the OPPOSITION BLOC includes mayors of large and small cities, industrialists, directors of large enterprises, who speak little but do a lot. They are backed by real deeds and achievements. Through their efforts, Ukraine avoided a large-scale economic recession, which unfolded due to the short-sighted policy of the past authorities.

In recent years, citizens of our long-suffering country saw thousands of well-founded reasons for discontent and resentment towards the policy pursued by the Poroshenko regime. This is, first of all, the war, which is the main scourge for Ukrainians, which plunged the country into chaos and confusion, and divided the country into opposing camps, which gave food to hawks and marauders, whom Petro Poroshenko spawned broadly and whom the country must get rid of as soon as possible. This is ruin, poverty, genocide, church, language – the list goes on ...

On 21 July, our country will take an important step – a new parliament will be elected. I really want to believe that the new convocation parliament will be more constructive, formative and independent, and that its activities will help unite our country. The OPPOSITION BLOC, by the will of God, is on the FIRST PLACE in the ballot. Come to the polls, make your contribution to the development of our country. You will be never ashamed of your choice in favour of the OPPOSITION BLOC – party number 1.