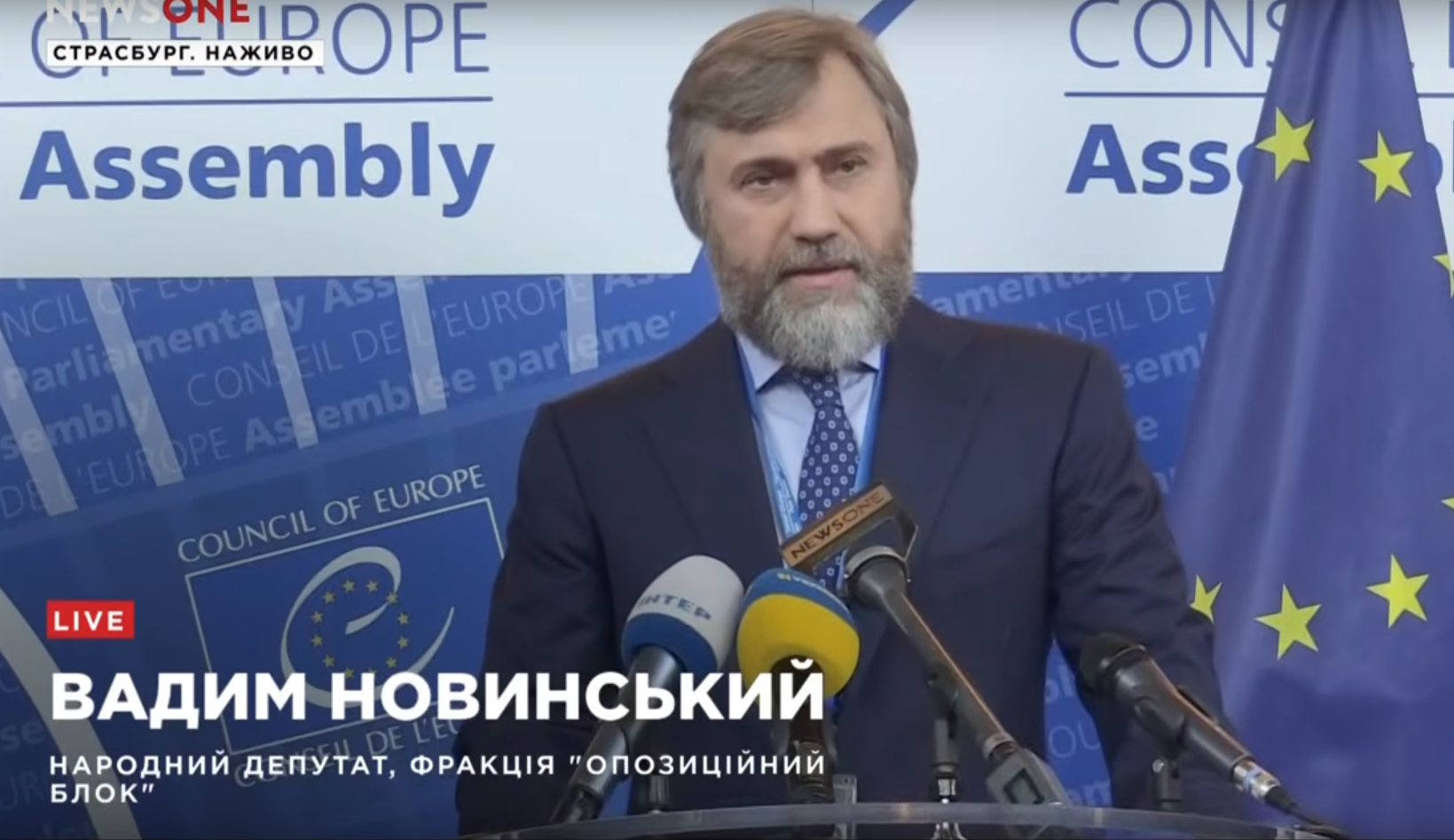 The current session of the Parliamentary Assembly of the Council of Europe in Strasbourg has been marked by a very important event, which, I hope, will have serious impact on the peace-making process in Ukraine.

A Lithuanian parliamentarian, Egidijus Vareikis, gave a report on the humanitarian situation in Ukraine in connection with the hostilities in Donbass. It should be highlighted that Mr Vareikis can hardly be called a "friend of Russia" and his report, critical of the Ukrainian authorities, cannot be attributed to the notorious "Kremlin's arm". At its time, the European People's Party Group, of which Mr Vareikis is a member, was consistently supporting Petro Poroshenko and the current Ukrainian regime.

However, even those who fervently supported the current Ukrainian government in place initially now cannot turn a blind eye to its "sins".

The report gave a truly dramatic picture of the humanitarian tragedy that the Ukrainian authorities are trying to turn a blind eye to. Because of the war in Donbass and the annexation of the Crimea, more than 4 million people are in need for humanitarian assistance. The war has claimed the lives of over 10 thousand people. In addition, over 1.5 million people became internally displaced persons and almost half a million are seeking refuge in other countries.

The report resulted in the PACE resolution, in which the members of the Assembly, by a majority vote, called upon the Ukrainian authorities to bring the legislation of our country into line with the provisions of international humanitarian law and international criminal law, to ratify the Rome Statute, to release all detained persons, to increase funding for assistance to IDPs, to create mechanisms to ensure the voting rights of internally displaced persons in all elections, to simplify the procedure for obtaining social and pension payments and much more.

When drafting and subsequently discussing the resolution, I, together with Yulia Levochkina and my foreign counterparts in the Assembly, made a substantial amendment, which was adopted by the majority vote of the PACE members (Ukrainian delegation mostly voted against it): the resolution calls upon Ukraine to revise a recently adopted so-called "De-occupation Law", so that it is based on the Minsk agreements, and fully meets the humanitarian needs and ensures social protection of population in the territories not controlled by the Ukrainian government and in the conflict zone.

I want to emphasize that it is the first major feedback of the international community to this controversial law. It is very important that the resolution appeared at precisely the time when Ukraine was visited by the US State Department’s special representative Kurt Volker, before another round of talks between the US and Russia.

I hope that this victory will contribute to future big win of all reasonable and sound forces in Ukraine and will bring peace, so much needed to all of us, a little closer.