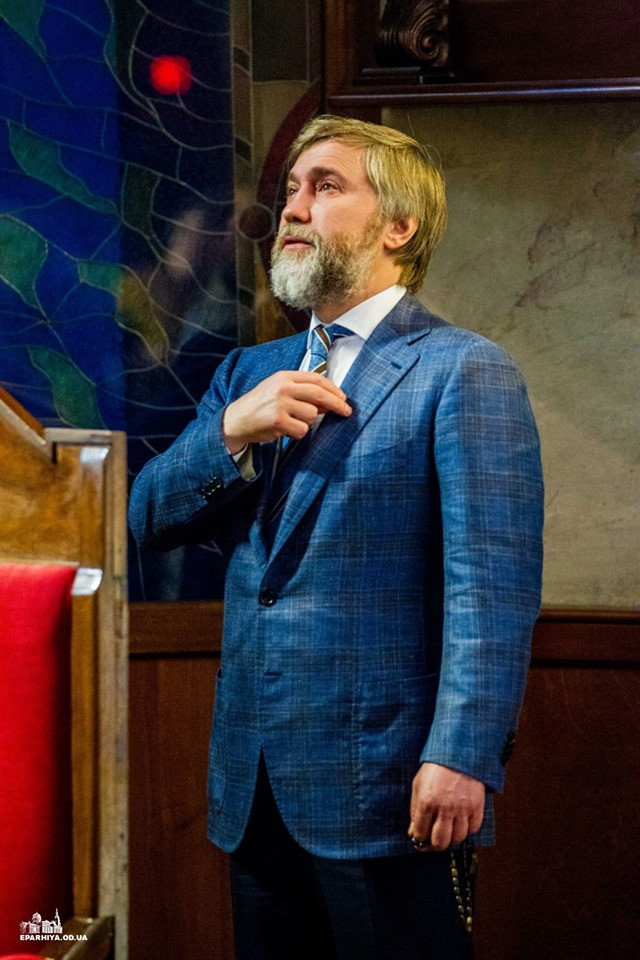 Today in Odesa, together with the city mayor Gennadiy Trukhanov, MP Sergey Kivalov, members of the Opposition Bloc factions in local councils of Odesa region, as well as our like-minded supporters, and believers of Odesa city and the region, we walked in the Sacred Procession on the day of memory of the Holy, Glorious and All-praised Leaders of the Apostles, Peter and Paul, and the celebration of the miraculous Kasperovskaya Icon of the Mother of God – the Heavenly Patron of the Black Sea region.

About 5,000 people took part in the procession with the miraculous Kasperovskaya Icon of the Queen of Heaven. The procession went from the Holy Assumption Cathedral in Preobrazhenskaya Street to the Transfiguration Cathedral in the Cathedral Square. The festive Divine Liturgy in the Holy Assumption Cathedral of Odesa was performed by His Eminence Agathangel, Metropolitan of Odesa and Izmail. A festive prayer service was held on the square in front of the cathedral, during which the clergy and believers offered up prayers for peace in Ukraine and the prosperity of Odesa.

May the wonderworking image of the Kasperovskaya Icon of the Mother of God protect Odesa and all of Ukraine the same way as it saved the city from the enemy troops in 1854, in the Crimean War! We pray for peace in our country.