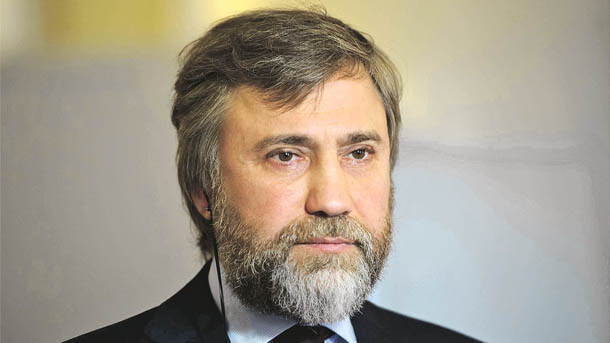 It seems that the parliamentary majority’s MPs still have not learned the lessons of Petro Poroshenko’s defeat in the elections. In the first place, Ukrainian people voted against attempts to impose the ideology of cave nationalism on society at the state level, including a forced use of one language, one worldview and one behaviour pattern.

The language law that was put to vote today will only split Ukraine, rather than uniting it. It plants a time bomb under the unstable Ukrainian society as it is. Moreover, this law can further expand the gap between parts of Ukraine, not to mention the Donbas and the Crimea, which are not controlled by the Ukrainian government now. It seems that some MPs have forgotten that "those who live in a glass house should not throw stones."

For the sake of civil peace and order, for the sake of returning trust among the society and citizens' trust towards the government, the Opposition Bloc faction suggests that a moratorium should be introduced in Ukraine prohibiting consideration of draft laws and decrees splitting the country, namely those ones relating to language issues, religion and confessional life, as well as some discordant points of history. The moratorium must be in force for at least three years. During this time, the Verkhovna Rada should focus on matters of social and economic nature, as well as on problems of peace. It should adopt those laws that are expected of us: regarding the implementation of the Minsk Agreements. We are simply obliged to ramp our industry up to its full capacity, to enable businesses to develop, to overcome negative trends in society and to improve the living standards of Ukrainians.

We believe that it is not the time for the language law now. Does Ukraine really have the oppression of the Ukrainian language? Ask citizens: are they being persecuted because they speak Ukrainian? Are they being discriminated?

On the contrary, the language bill in its current version is discriminatory in nature. It seems that its authors decided to repay for all the complexes that arose against the background of a convoluted history that saw oppression of the Ukrainian language in the Russian Empire and in the interwar Poland. A simple analysis of the draft law shows that it is much more reactionary than those ones that once prejudiced the Ukrainian language. It simply destroys Russian, Hungarian, Polish, Bulgarian and other languages in Ukraine.

I understand perfectly why this law was needed at the stage of the presidential elections. With its help, they tried to ensure Petro Poroshenko’s victory among voters having a nationalist mind-set. Now advocates of the law can relax. Their tactics did not work. Ukrainian people made an appraisal of these initiatives.

I am sure that everyone who lacked wisdom today, those ones whose irresponsible actions can lead to an increased degree of tension in society, will have to bear moral and political responsibility for this.